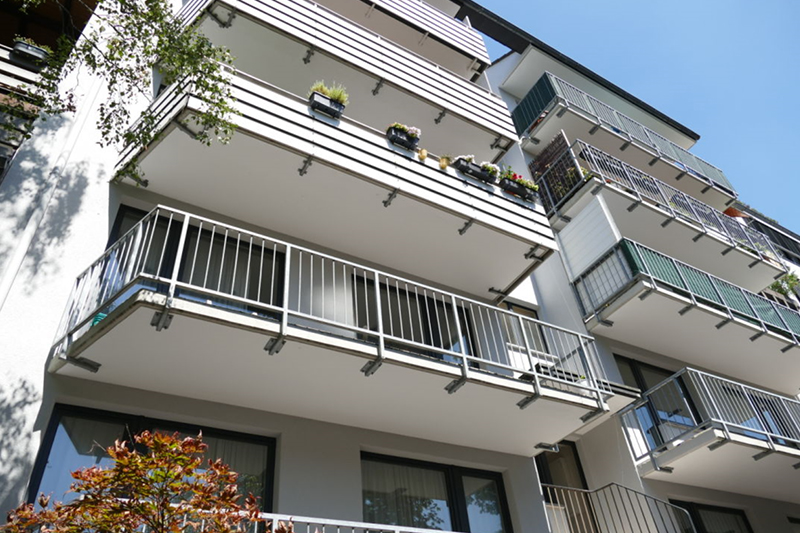 Most recently, real estate market participants in Germany talked about continuing the boom in the market. Since then, much has changed. After the pandemic is over, the market will need patience and time to have an understanding of the real market situation. This will be possible only in the next few weeks or months, when all the consequences of the pandemic will become apparent and the government will start supporting projects.

Helge Scheinemann, head of research at JLL Germany, notes that the consequences of the COVID-19 crisis were not yet felt in the first three months of this year. Numerous processes and already started transactions were at the final stage, so the “freezing of transactions” or a decline in the investment market, at least, is not yet visible in numbers. «However, March is likely to be a turning point, and the consequences are likely to become apparent at the end of the second quarter», the expert adds.

Under normal circumstances, at this stage, experts would note the achievement of a new record. The total volume of transactions in Germany in the first quarter of 2020 amounted to about 28 billion euros (18.3 billion euros for commercial real estate and 9.7 billion euros for residential real estate). Compared to the same quarter last year, this corresponds to an increase of 82%. These figures include some very large company acquisitions and investments (for example, almost 90% of Adler’s investments in Ado in the residential sector or 77.8% of Aroundtown’s shares in TLG), which total 11.3 billion euros. But even without these indirect real estate transactions, it would be a very strong quarter. In addition, more than 20 direct transactions were concluded with individual assets worth over 100 million euros, mainly in the office sector.

Due to the current situation, it is impossible to give a reliable forecast for the whole year. However, some important conclusions can already be drawn today, according to Scheunemann.


International investors still want to invest in German real estate. Real estate in Germany is in demand even during a crisis.

What will happen next with the German investment market?

Most of the surveyed owners and investors suggest that monetary activity in the real estate investment market in Germany will lose its momentum. At the same time, 48% of investors say that they adhere to their goals for transactions for 2020. These estimates give a first idea of ​​how the year will develop, as well as the recently published statements by numerous institutional investors that they want to maintain investment activity.

The main obstacles are the lack of real current market value combined with the inability to see the property in person, which makes pricing more difficult, as well as increased restrictions on lending by banks. «The real estate market, which is so focused on personal contacts, is eager to relax restrictive measures. Of course, digital views for new real estate properties of excellent quality that do not need to be repaired are the most acceptable option for the transaction», said Scheinemann.


Office real estate transactions in the first quarter of 2020 amounted to a significantly smaller share — almost 18% compared to 2019, although this is qualified by mega-corporate acquisitions, classified as mixed use. However, about 5 billion euros were invested in this asset class. More than twice as much was invested in the class of living assets. Investors paid more than 10.7 for housing portfolios, student housing, micro-apartments or nursing homes. «Despite the fact that the latter is under special supervision due to the current coronavirus pandemic, property that is associated with health in the broadest sense, for example, medical supply centers and medical centers, should become even more interesting for investors in the future», added Scheunemann.

Retail real estate accounted for 15% of last year (about 4 billion euros). The share of retail stores, retail space, supermarkets and discounters accounted for significantly more than half, or as much as 80% of the total number of transactions. «Recent events have clearly demonstrated the importance of providing the population with everyday goods, making this segment quite immune to the crisis. Initial results show that retail revenues are currently growing strongly in this sector. Real estate also benefits from this and will attract additional relevant demand throughout the year», said Scheunemann.

Logistic real estate accounts for about 8% of the total. This type of property gives a somewhat mixed picture over the past three months. On the one hand, logistics companies affected by interruptions in world trade have reduced storage capacity (industrial and automotive). On the other hand, online retailers and food companies are desperate for storage facilities that are available in the short term. For example, only Edeka, Aldi and Rewe signed new leases with a volume of about 1 million square meters. m in recent weeks. Retailers are primarily looking for small and medium-sized warehouses on the outskirts of large cities and, above all, flexible rental conditions.


The remaining types of real estate account for about 6 billion euros, with the vast majority accounted for mixed real estate and portfolios (4.9 billion euros). This also applies to hotels, which are one of the worst-affected asset classes due to massive and ongoing travel restrictions. «Investors still have a common interest here, but disrupted cash flows and low rates make pricing almost impossible at the moment, and this situation will continue for at least the next two quarters», said Scheinemann.


Together, all seven major real estate markets in the country account for about 11.5 billion euros. This represents more than 40% of the total volume of transactions in Germany and corresponds to an increase of 31% compared to the same quarter of the previous year. In Munich and Frankfurt, this volume increased very significantly — by 125% to almost 1.5 billion euros and by 117% to about 2.4 billion euros, respectively. Growth is also recorded in Hamburg and Dusseldorf. The volume of transactions in Berlin remained at a high level, while in Cologne and Stuttgart there was a decrease of 15% and 44%, respectively.


The volume of transactions in other cities also increased significantly in the first quarter. About 16.5 billion euros were invested, which is 148% more than in the previous year. This significant growth is primarily due to the heterogeneous regional distribution of tradable portfolios and acquisitions of companies. In addition to these transactions, several transactions were made with individual assets and portfolios in the range of 100 million euros, especially in the logistics and retail segment. «If investors adhere to a more defensive investment strategy in the coming weeks and months, we expect financial activity to lose momentum outside major markets», added Scheinemann.

The expert also notes that the yield in almost all asset classes remained unchanged during the first three months of the year. Prices for office space remained high in the main 7 markets of Germany, while the average profitability of office space was 2.93%. This is 13 basis points lower compared to the 12-month period.


In the next few weeks and months, experts expect to get an understanding of the future situation, but at the moment they do not expect any significant shocks. Despite most reliable financing mechanisms adopted in recent years, further profitability will depend on how long the crisis lasts and how deeply it affects the real economy. At the moment, the most important task is to provide an even more accurate risk assessment in relation to specific real estate properties.