Spanish Reality: Occupiers and the Law 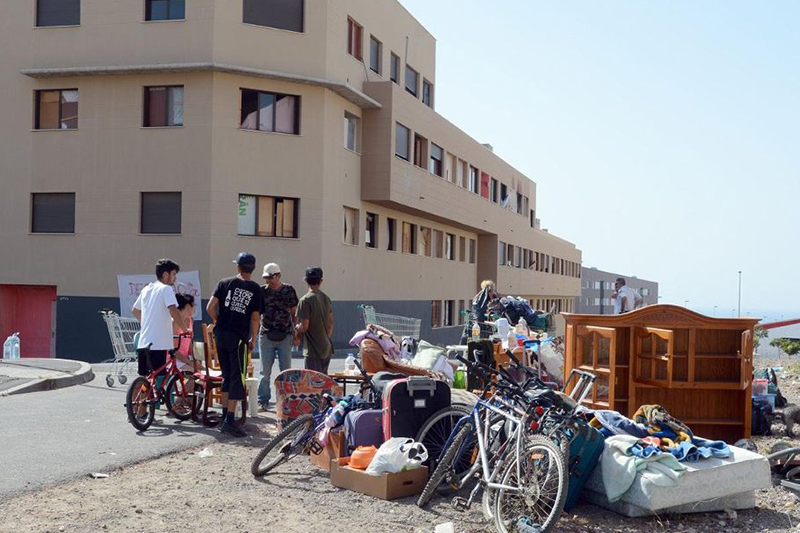 Costa del Sol attracts all potential buyers and investors from abroad: from well-off sun-lovers to unprincipled occupiers.
Squatters (or “okupas” as they are called in Spanish) are becoming more common in Spain. In mid-2019, more than 80,000 real estate was under occupation, which is almost six percent more than last year.

The province of Malaga ranks third in the country after Madrid and Barcelona in the number of illegally occupied real estate. There is a big problem for homeowners here, foreign investors who have second homes on the coast, and permanent residents who leave home for a while. Upon arrival, your house may be occupied, other people may settle in it.

The first thing you should know in this situation: Spanish law tends to protect squatters more than owners, so restoring ownership can be a long and expensive process. According to the experienced Spanish lawyer Adolfo Martos of Martos & Gross Abogados, you should not resort to some actions on your own to get rid of squatters. The most correct decision is to immediately contact the police, the court. This is safe for you, although not the fastest way to get your property back.

Legislation in this situation provides for remedies in civil or criminal proceedings, the latter offering the most effective way to eliminate unwanted guests in cases where the crime and its consequences are especially serious.

- No. 202, refers to the main place of residence of the owner of the real estate, concerns breaking and entering (allanamiento de morada), for which offenders can be punished with imprisonment for a term of six months to two years;
- No. 245, which states that the usurpation of property not used as primary residence against the will of the rightful owner is a crime punishable by a fine or imprisonment, depending on whether violence and / or intimidation were used.
The procedure is the same in both cases: file a complaint (denuncia) with the police or with the court (the police are usually more efficient, as Adolfo says). Then they visit the property, collect relevant evidence from both sides (owner and squatter) and submit them to the court. At this point, according to the lawyer, the owner must ask the judge to immediately evict the occupiers in order to prevent the further commission of the crime.

The lawyer warns that judges often rule against eviction when there is insufficient evidence or the plaintiff asks for it too late. The success of such measures depends on the facts in question and the evidence presented. If this option does not work, then it can take up to a year to resolve this situation until the investigation transfers the case to the prosecutor before going to court for a decision that can be appealed to the provincial courts, which will lead to a further delay.

Adolfo points out that the seizure of property without the right to do so is a clear civil offense, and it gives rise to two possible options:

1. "Explicit” eviction: this allows the legal owner (owner, tenant or other beneficiary, although the companies are excluded) to apply to the court for the return of the property, while asking the judge to take a preventive eviction measure before sentencing. In the case of a positive decision, the squatter has five days to either present the title in order to stay, or to vacate the property without the right of appeal. In practice, Adolfo admits, this process can still take several months and can be difficult if the payoffs take time.

2. Regular eviction: if the verbal proceedings do not bring the desired result, the owners have to wait until the courts pronounce the verdict and order the evictions to be squatted. This can take up to 18 months.

There are other factors to consider, adds Adolfo. If local litigation lasts a long time, if evidence presented by a smart payoff is valid in court, or if other delays occur, it may take even longer to recover the property.