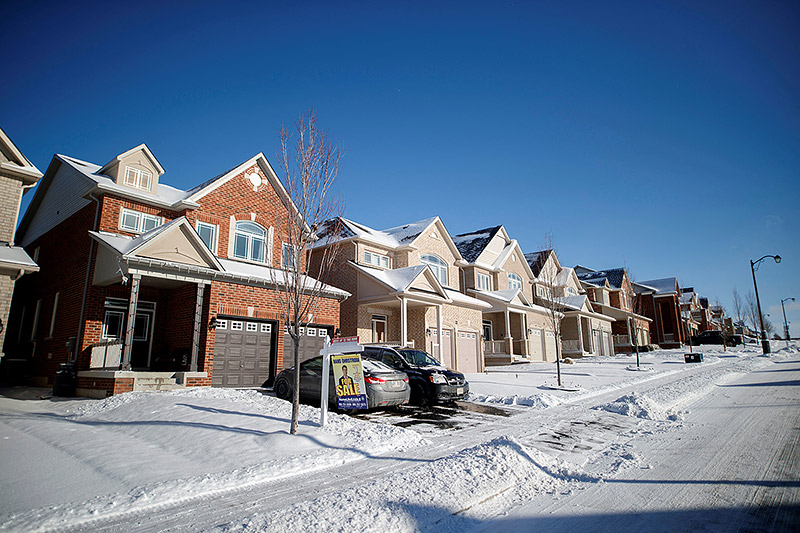 National home sales fell 5.4% in March from the previous month, with new listings also declining by about the same amount, according to a report Tuesday from the Canadian Real Estate Association. Despite the decline in activity, benchmark prices still rose 1% on the month and are up 27% from a year ago.

Home sales are down 16% from a year ago, when transaction activity hit an all-time record in March 2021.

“There is a pretty clear sense that the market is softening, as sales and price momentum did show signs of cooling,” Robert Kavcic, an economist at Bank of Montreal, said by email.

The historic run-up in house prices Canada has seen in the last two years is facing a crucial test heading into the traditional spring selling season.

Borrowing costs are starting rise, and other efforts by policymakers to curb demand are creating more hurdles for buyers already stretched by record prices. Since the start of March, the Bank of Canada has raised its policy interest rate by 0.75 percentage points, and is expected to increase it by another 2 points over the next year.

Markets are unlikely to see the full impact of higher borrowing costs until the second half of this year, Kavcic said.

Canada’s housing market remains historically tight. The sales-to-new listings ratio was little changed at 75.3%, well above long-term averages. The real estate association said about two-thirds of local markets were seller’s markets. Monthly sales are also more than 10,000 units higher than they’ve been in the last decade.

The market slowdown is less from rate increases than from “the affordability challenge that comes from a couple years of very high increases in home prices themselves,” Phil Soper, president of brokerage firm Royal LePage, said on BNN Bloomberg Television.

“These rate increases still don’t bring us to the rates that we saw in 2019. So we’re still not back to the pre-pandemic levels,” he said.

In a seperate release Tuesday, Canada Mortgage and Housing Corporation said that builders started work on an annualized 246,243 housing units last month, down 1.6% from February.