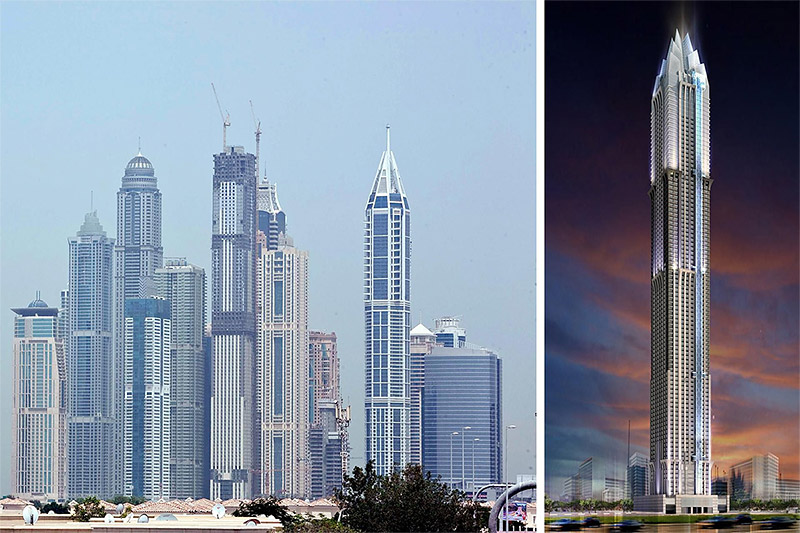 Construction started in 2007 and was scheduled for completion in 2014, but while it hasn't been a smooth ride for investors, there now appears to be fresh hope.

Rera said in a statement that investors had been informed that construction on the project "is almost complete" and urged them to initiate payment to "ensure timely completion".

“Following the suspension of construction operations at the project, Rera addressed investors, in co-operation with the account trustee at Bank of Baroda, based on Article No 15 of the law concerning escrow accounts for real estate development in Dubai which states that, 'In the event of any emergency situation where the real estate development project is not completed, the escrow agent of that project must, after consultation with the department, take the required measures to preserve the rights of depositors and ensure that the real estate development project is completed or that depositors are refunded their payments'," said Marwan bin Ghalita, chief executive of Rera.

"As a result, a new timeline was prepared for the project’s completion within the specified period."

He added that a date has been set to to make a list of the housing units and commence issuing certificates of completion.

Rera has contacted government service entities in Dubai, such as the Roads and Transport Authority, Dubai Electricity and Water Authority and Dubai Civil Defence, to start preparing the site for operation and handovers.

Sheffield Holdings' catalogue of Marina 101 shows that 32 floors of the building will host a luxury hotel, while another 42 floors will feature exclusive hotel apartments. Residences will be from floor 80 to the top.

It was described as being inspired by the distinctive architectural style of buildings in Manhattan, New York. The catalogue said the highlight would be the 101st floor which would feature "a fancy nightclub lounge".

As well as being the second-tallest tower in Dubai, Marina 101 is also the 27th tallest in the world. It is slightly taller than Dubai Marina's Princess Tower, which stands at 413 metres and was overtaken as the tallest residential building in the world by 432 Park Avenue in Manhattan.