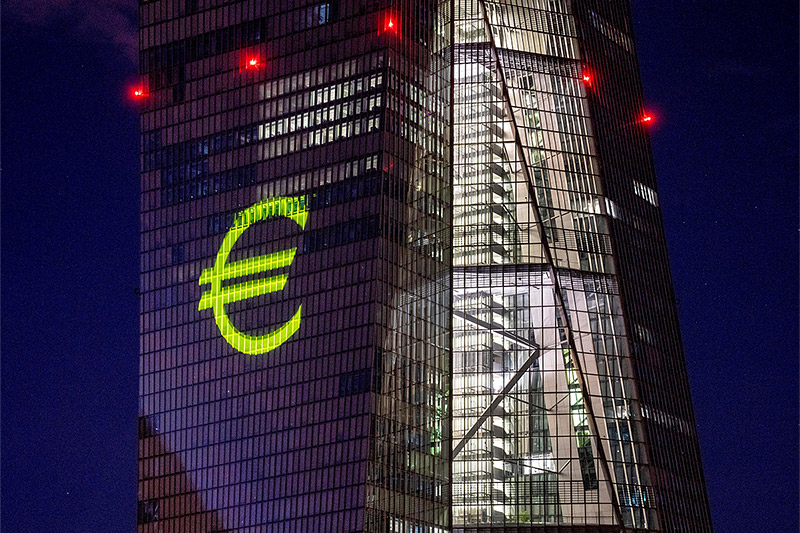 In its Financial Stability Review, the ECB also warned about further falls in asset prices if the economic outlook deteriorates as a result of the war in Ukraine or inflation turns out to be much higher than expected.

Euro zone house prices have been on a tear for years, even accelerating during the coronavirus pandemic as the ECB's own ultra-easy policy pushed mortgage rates below zero after taking out inflation.

The central bank, which is set to raise its main interest rate in July for the first time in a decade, estimated homes in the euro zone were now nearly 15% over-valued on average and up to 60% in some countries, based on the relationship between prices and income.

It warned that home prices could fall by between 0.83% and 1.17% for every 10-basis-point increase in mortgage rates after adjusting for inflation.

"An abrupt increase in real interest rates could induce house price corrections in the near term, with the current low level of interest rates making substantial house price reversals more likely," the ECB said in its biannual FSR.

It warned about a "price-loan spiral" in some countries' residential real estate markets.

Slovakia, Estonia and Lithuania were showing the fastest growth in both residential real estate prices and mortgage lending. The largest household debt in relation to GDP was seen in the Netherlands, Cyprus and Greece.

Homeowners, however, are not the only potential victims of higher rates, with the ECB also flagging indebted governments and companies, as well as lower-income households, as being vulnerable.

The ECB repeated its call to implement curbs, such as telling banks to hold more capital against their property exposure, but cautioned any move should be weighed against headwinds to growth from Russia's invasion of Ukraine, which has made fuel more expensive.

It said the conflict had worsened financial stability conditions and fresh drops in asset prices could be on the cards.

"Further corrections in financial markets could be triggered by escalation of war, even weaker global growth or if monetary policy needs to adjust faster than expected," the ECB said.