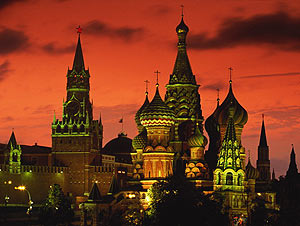 Moscow’s residential real estate sector is recovering with activity bouncing back in January to pre-economic crisis levels, according to the latest sales figure.

January saw a 46% jump in sales with 3,923 properties changing hands, according to the state services department, with real estate players pointing to apartments which had been taken off the market coming back on.

Alexandre Pypin, head of the analytical centre at GdeEtotDom.Ru, says the jump in the number of sales continues a trend which began late in 2009, but that so far price rises have been minor.

‘In fact, the housing market had started to rebound already in the summer of 2009, but that’s in terms of the number of transactions. Prices are lagging behind, especially in Roubles, and when they talk about the prices going up by 15%, I think, they mean the dollar ones, which converted into Roubles would mean just a 3 to 4% price rise,’ he explained.

He does not expect much movement in prices in 2010, perhaps minor rises by the rate of inflation plus some 5%, which would be around 13% in total.

There are also signs that the mortgage market is recovering as well with figures showing that despite 10 days of public holidays in January some 13% of sales involved a mortgage.

Pypin reckons it is due to increased confidence. ‘Although there is a combination of different factors, it’s not that people having become really wealthier, it’s their confidence in the market. This is coupled with a lower interest rate, which is now down to almost a pre crisis level of around 10 to 13%, especially in the programmes involving government crediting. Also housing prices went down,’ he said.

Real estate analysts IRN.ru noted a 0.7% increase in average prices of apartments being offered, with focus turning towards those near metro stations in good quality buildings. The data also shows that the average period from listing to sale was narrowing, dropping from an average of more than three months during 2009 to about 45 days.