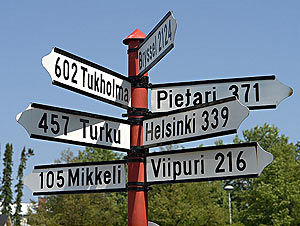 A flood of Russian buyers is forcing up house prices in London, new British research shows.

According to a recent report, London housing market has risen by 50% as sluggish demand for property in the British capital is almost fully compensated for by interest from Russia's richest.

Russians are coming to top the list of the foreigners who come to the UK to buy property – sometimes very expensive – in central London. In fact, demand for houses in London among Russians in the last two months has almost doubled.

According to statistics, most of Russia’s riches buy houses in London as a second home or for kids to get an education.

“London is one of the most stable real estate markets in the world,” Elena Yurgeneva, business development director of Knight Frank real estate company, told RT. “First of all, because it is the capital of the UK and it belongs to a very select group of world financial centers. Also, a large number of Russians send their children to study in Great Britain. Obviously, some of them stay in London to work.”

This growing demand resulted in the steep rise of prices within the last couple of months. Among the reasons experts first of all name currency fluctuations – recently, the ruble has been doing very well against the pound, which is why property in London became more affordable for Russians.