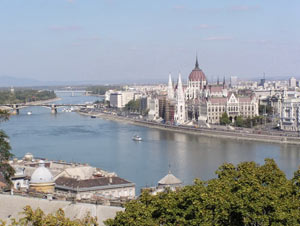 The number of inquiries from Russia and the Middle East is second only to that of China since news of the program broke in October, said Janos Varga, the lawyer.

"It's a new perspective for lawyers in Hungary," said Varga, managing partner at VJT & Partners in Budapest.

Aimed at people outside the European Union, a new law allows buyers of at least 250,000 euros ($335,000) worth of government residency bonds to obtain a permanent residency permit in addition to interest on the securities. The law took effect at the end of December.

The permit gives the right of visa-free travel in the 25 other Schengen countries for up to 90 days every six months. Hungarian permanent residents are entitled to reside in Hungary indefinitely and are eligible for local health care, education, employment and welfare.

In offering the deal, economically troubled Hungary follows the lead of other European Union countries. Varga said only Spain offers a lower threshold, 150,000 euros, for residence permits, but it requires investors in these bonds to ultimately buy property in the country.

The bonds have a maturity period of at least five years and yield at least 2 percent a year in interest, Varga said.