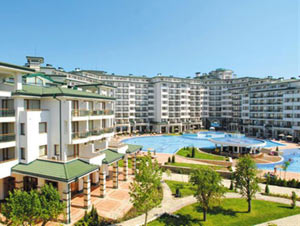 According to a recent report released by the PMR Group, medium-term prospects for the Bulgarian residential construction market are cautiously optimistic, with a reasonably positive outlook for long-term developments.

Bulgaria's house prices have stabilised since 2012 and that stability is expected to extend to construction output in 2014. Construction is not likely to be focused on large-scale residential projects over the next three years with the exception of possibly one or two developments a year.

2013 saw slight improvements in the housing market with 17% growth being recorded on the number of transactions in the luxury apartments sector in Bulgaria. Various sources from architects to real estate agencies noted increased activity near the end of 2013 and the first quarter of 2014, indicating a much better year for residential construction, with increased demand, improved mortgage financing and a slightly improved overall economic situation.

The bulk of demand is concentrated on smaller, cheaper flats with a price range of around BGN95,000 (?48,573) in prime locations. Bulgaria has also enjoyed interest from foreign investors, particularly from Russia, interested in buying a second home or a property to let out for holidays. Recent price growth in Black Sea resorts has resulted from the increased demand from foreign property investors.

In 2013 Sofia, the capital city of Bulgaria was most affected by the oversupply created before the global economic crisis. As a result, more than half of the current offers on the real estate market are for properties which were completed during 1998-2012.

During last year, as Sofia lost its status as Bulgaria's major building hub, coastal cities such as Varna and Burgas continued to record high completion numbers and are expected to meet the level of the previous few years in both building and dwelling completions within a short timescale.
New construction is likely to be focused on developments smaller than 10,000m², most frequently being in the range of 2,000-3,000m². With an average of 4.2 dwellings per completed building, the trend for smaller residential construction projects brought a decline from the average 4.7 dwellings per completed building in 2011. Consequently, a substantial decrease in the number of dwellings per building can be noted especially when compared to 2010 (6.7 dwellings per building) and 2009 (7.4).

The most desirable areas are prime locations on city centre main streets or on the outskirts of big urban areas with good infrastructure. Unlike the pre-crisis period, there has been an absence of large-scale projects being developed or even announced which has resulted in a shortage of multi-family complexes as developers build to meet investor demand for individual housing solutions.

The number of projects started in 2013 is almost identical to 2012 across three categories – the number of buildings; the number of dwellings and the gross area of the dwellings completed. However, these statistics are still only very slightly different from those in 2011, again showing that the market has found its equilibrium and that positive growth should be expected by 2015 or possibly as early as the last quarter of 2014.

As with many international housing markets, it is unlikely that Bulgaria will experience the 2007-2008 peaks for another three to five years although growth recorded in the last few quarters would appear to be sustainable and underpinned by strong economic fundamentals. Nevertheless, from an investors points of view it would now appear to be the most opportune time to invest in Bulgarian real estate.