Bulgarian property market "coming out of the crisis" 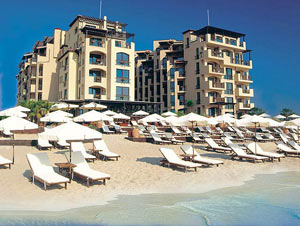 Bulgaria's property market is set for growth in 2014, according to agents. New research reveals that prices climbed 2 per cent in the second quarter of 2014, while prices in the capital Sofia have been rising for a year already.

Bulgaria's property market is "coming out of the crisis", according to Bulgarian properties.
The agents' analysis of the data from the National Statistics Institute (NSI) shows that, once adjusted for inflation, property prices in the second quarter of 2014 were 2 per cent higher than the same period in the same year.

There was even a small acceleration of the pace of price growth compared to Q1, notes the site, when prices rose 1.79 per cent annually, ending a long run of price decreases.

"This data is fully in line with our forecast at the end of last year about the end of the downward trend and the beginning of a new stage of the market development," says Bulgarian properties.
The figures follow a report from PMR Group that shows the market is becoming increasingly stabilised. Indeed, while prices have become less volatile, demand has risen, with transactions up 17 per cent, particularly among high-end apartments and prime markets. Overseas investment is a major driver in activity, says the report, highlighting Russian investors as the biggest spenders.
Bulgarian properties singles out Sofia and Plovdiv as enjoying the best turnaround, with (inflation-adjusted) house prices registering their fourth consecutive annual increase of 4.38 per cent and 5.37 per cent respectively. This means that the house prices in Sofia and Plovdiv have been rising for a year already.

"There is a growth in prices in all major cities of the country," adds Bulgarian properties.
Indeed, Bulgaria has enjoyed a rebound in interest on TheMoveChannel.com this year. In June 2014, the country climbed three places in the Top of the Props popularity chart to sit in 11th. The country has ranked in the top 10 destinations twice in the first seven months of 2014. Since June, its share of enquiries has increased from 1.3 per cent to 1.45 per cent.