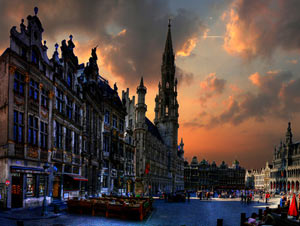 Like the property markets around the world, the European property markets also have their own pockets of high and sluggish growth. Given below is a brief study of five most popular markets of growth in the region which is preferred by local and international real estate investors since the situation started to improve a couple of years ago.

Malta
This picturesque island off the southern coast of Italy is well populated due to its tourism and business sector. Since 2013 it has received a significant influx of capital from international buyers who have invested in expensive properties in Malta which have appreciated at a rapid pace. Between 2010 – 13 prices of properties in their housing sector fell rapidly around 40 percent due to the financial crisis, though earlier they had been growing by 10-15 percent Y-O-Y. The purchases in general were made by European investors and followed by buyers from United States and Africa.

Bucharest
This second largest city of Romania has witnessed a construction boom with new residential units appearing in 2014. As per the latest records, the number of property transactions has grown by 8 percent in the early part of 2014 when compared to 2013 when demand was still sluggish. During the economic boom period of 2007, the number of residential units grew by 800 – 900 units every year, but during the first quarter of 2014 this same market grew by 1500 units. The majority of foreign investors are from Spain, Hungary, Germany, China and UK while Americans make 1 percent of the total investment.

Barcelona
Even though Spain was the worst affected nation by the financial crisis in 2008, it has emerged as the fastest growing property market in Europe. Stability has been achieved by the housing sector which had been falling between 2007 and 2013. Prime properties in Barcelona are selling at a rapid pace of 14 percent since early 2014 leading to a simultaneous rise in property prices and sales. Investment in Barcelona’s market has been made largely by British and French investors followed by financiers from Switzerland, Germany and Belgium.

Rome
This historical capital city of Italy is finally showing signs of growth with sale of nearly 6579 properties since the early part of 2014. Housing prices which have been falling for the past seven years are now growing by 0.6 percent. Investment in old and new properties around Rome is being largely carried out by Russian conglomerates followed by small real estate developers from Germany, France, UK and China.

Berlin
The capital city of Germany is always favoured by property investors as they are able to resell their purchases within 6-8 months. However there is a significant scarcity of supply in the city centre area which falls 2 percent below demand. As per industry estimates there is a requirement of 11000 residential units on an annual basis, but the actual construction is limited to just 6500 units on average. This has led to an increase in rentals, followed by increases of 15 percent of first time buyers. Russia is the biggest investor in the German property market followed by Italy, Greece and France.