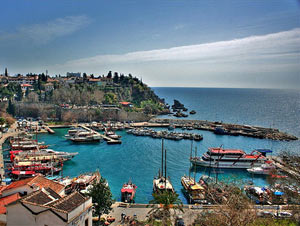 According to data released by the Turkish Statistical Institute, the number of house sales to international investors increased 22% in the first half of 2015 compared to the same period last year, with a significant increase in transactions involving buyers from the Middle East.

Head of Research at CBRE Turkey Diana Dogan said, "In the second home holiday market there has been a significant increase in private investors in the residential sector from the Middle East with activity firmly focused in the country's northwest, particularly the Marmara Sea and Black Sea regions as well as Istanbul, Bursa and Yalova".

"At the corporate investment level this demand has in turn created a yet untapped potential opportunity to develop homes specifically tailored to the Arab market. The Turkish banking sector has seen the most active interest with Arab financial institutions looking to gain a foothold or expand their presence within Turkey's lucrative banking industry."

According to Wouter Molman, Director of global real estate firm Cityscape Group: "In 2014, Gulf investors spent US$4.3bn in Turkish real estate, reaching a total investment influx of US$16.29bn over the past six years." He went on to say that Istanbul and Mediterranean coastal cities are proving popular with GCC investors due to their close links with the region both geographically and culturally.

Turkish developers Dumankaya Construction are particularly active in the heart of Istanbul and firmly believe their developments in the city will be a huge success among the Arab community. Dumankaya's chairman Ugur Dumankaya said: "Istanbul is an attractive real estate market for foreign investors. With its economic stability, social welfare, geographical position and return on investment all pointing in the right direction, buyers from around the world are flocking to take ownership of prime developments in the city and surrounding areas. 30% of our total sales are to foreign investors, the majority from the Middle East and Gulf countries."

According to data released by Istanbul's Culture and Tourism Directorate, almost 20% of the 7 million visitors to Istanbul are Arab tourists, nearly doubling their market share from 10% of the total in 2010.

Turkey's strategic location and favourable climate have made the country an attractive property investment hotspot and in the last 3 years real estate investment has become the centre of focus for both domestic and overseas investors, becoming established as one of the leading real estate markets in the world.

The strength of the dollar and the fact that most Arab countries have currencies pegged to the greenback is further boosting investment in Turkey's lucrative property markets. Apartments in the bustling suburbs of Istanbul are particularly attractive to Arab investors as they offer high yielding opportunities in a rapidly expanding domestic rental market.

Istanbul's thriving buy to let market has expanded rapidly over the last year as Arab buyers in particular swoop in on high value opportunities, driven by increasing affluence in the city and rising demand for high quality rentals.

Two locations very much in focus for the construction wave sweeping Istanbul are Bahcesehir and Belikduzu, having risen through the ranks to become fashionable hubs for more affluent Turkish people. Apartments are priced US$100,000-US$200,000 which suits the requirements and budget of typical Gulf investors perfectly.

Turkey's investment in its infrastructure is paying off and nowhere more so that in Istanbul which is developing as a financial and commercial hub for GCC countries. As demand for both second homes, holiday and buy to let rental properties continues to rise, it won't be long before opportunities to ride the yield curve begin to diminish.