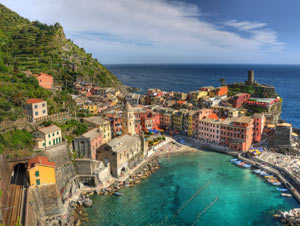 According to China's Xinhua News Agency there is increasing interest among China's wealthiest investors for both commercial and residential properties in Italy's prime markets.

Marco Clerici, managing director of World Capital, a Milan-based company specialised in real estate consultancy and investment with deep relations with China said: "Our business after four years in China is going well. Chinese investors are interested in the Italian market, where we both operate in the B2C and B2B market".

Following the economic crisis, there has been growing interest from abroad to invest in Italy in the real estate sector, he noted: "This means that for global analysts, prices have reached the lowest point and from now onwards they are expected to rise".

Clerici underlined that Chinese investors have seized the opportunities available in Italy's property markets, saying: "They are especially investing in the hospitality sector, where they see great potential for development", noting that China's big groups have acquired various prestigious palaces in Italy. "The coming years will be important ones. Therefore we have a strong presence in China, with both Italian and local human resources, we are betting on China", he said.
Paolo Panerai, chief editor and CEO of Italian media group Class Editori, whose daily business newspaper MF Milano Finanza organised the recently held China Awards in Milan along with the Italy China Foundation, said the latest editions of the event - this year at its tenth edition - have seen a growing number of Chinese companies awarded for their successful trade and cultural relations with Italy.

"Talking about strategic funds or big companies, China is surely the country that has invested the most in Italy over the last two years", Panerai said. "Italian companies years ago went to China to cut production costs, now quality has become fundamental", he noted.

"I think that apart from the traditional fields, the health and service sectors are particularly worth exploring regarding bilateral collaboration", said Italian Ambassador to China, Ettore Francesco Sequi who assumed office in late August.

"We have an increasing awareness that we should promote not only the Made-in-Italy, but also the Do-it-with-Italy [programme]. This means that China and Italy can develop a number of collaborations, not only in the Chinese market but also for third countries' markets. I have heard speaking about possible cooperation in Latin American or African countries, which I find very interesting and should be explored", he said.

Sequi also cited China-proposed "Belt and Road" initiative as the framework of Chinese-Italian relations. He highlighted that Italy was among the first countries to join the Asian Infrastructure Investment Bank (AIIB), a China-proposed international development bank launched last year which targets investment in Asian infrastructures, such as transportation, energy and telecommunications.

"I have been in China just for a few weeks and I exactly found the country that I expected: an extremely vivid country, which will certainly become the first economy in the world within 30 years or less, with which it is fundamental to develop collaborations, because I believe that the future is there", he said.