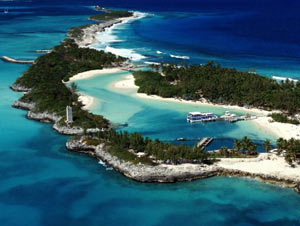 Bahamas Overtake Cyprus as Russian Investment Leader – Bank of Russia According to Kommersant, Turkey was also one of the leading destinations for Russian overseas investment into authorized capital stock.

The Bahamas have emerged as the leader in foreign direct investment in the Russian economy for the first half of 2015, as wealthy Russians continued to move funds out of Western European accounts and into offshore tax havens, the Kommersant newspaper reported Friday, citing data compiled by the Bank of Russia.

With direct investment from the country reaching $2.33 billion, the Bahamas overtook another island nation, Cyprus ($1.15 billion in FDI over the six-month period), the paper wrote. The monarchy accounted for a half of overall investment into Russian authorized capital stock, as well as 18 per cent of reinvested earnings, the paper wrote.

According to the Bank of Russia, foreign direct investment inflows and outflows both plummeted — 88 and 64 percent respectively, adding up to $4.3 billion and $10.2 billion — as compared to the same period last year.

Despite rising investment in sectors linked to import substitution, the extraction and metallurgy industries continued to account for the bulk of direct overseas inflows, Kommersant said, attributing their preeminence to the need to compensate for falling commodity prices by increasing output.
The bank named Germany as the only Western European country to increase its investment in Russia compared with the first half of 2014. Turkish investment also rose, although it was mostly channeled into joint Russian-Turkish projects.

According to Kommersant, Turkey was also one of the leading destinations for Russian overseas investment into authorized capital stock.